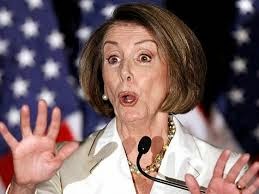 After the shellacking House Dems have taken since Nancy Pelosi has been their leader, they should toss her out of any leadership position. Some prognosticators think it will be 2022 before Democrats have any hope of regaining control of the House.

House Minority Leader Nancy Pelosi asked her fellow Democrats to keep her on as their leader in the new Congress next year, saying she still has unfinished goals she wants to accomplish.
She said the chief message she took from Tuesday’s election, which saw Democrats eviscerated at all levels, is that voter suppression was a problem.