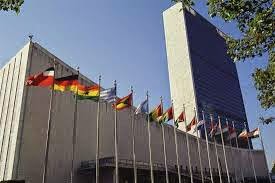 Geez. Another we had to pass it to know what was in it moment...


Foreign diplomats stationed in the United States are eligible to receive subsidized healthcare benefits as part of the Affordable Care Act (ACA), prompting concern on Capitol Hill over the Obama administration’s inability to explain the loophole.
Two leading Republicans are calling on the IRS to reveal exactly how many foreign diplomats have enrolled in Obamacare and the total cost of benefits they may have received courtesy of U.S. taxpayers.
“Many Americans would be surprised to learn that their tax dollars may be subsidizing health coverage for foreign diplomats,” House Foreign Affairs Committee Chairman Ed Royce (R., Calif.) and House Ways and Means Committee Chairman David Camp (R., Mich.) wrote in a joint letter sent this week to the IRS.
Keep on reading…