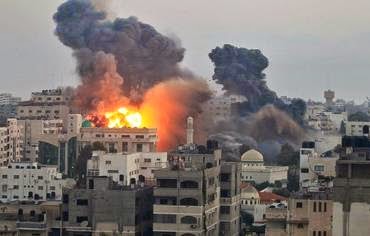 Hamas is getting a major butt-whooping and it's only going to get worse.


The IDF has begun evacuating residents of northern Gaza, and other areas in the coastal enclave from which heavy and long-range rockets are being fired at Israel, ahead of a stepped-up campaign of air raids that will target Hamas leaders hiding under large residential buildings, a senior army source warned Saturday night.
“We are moving to a more significant phase. Since the leaders are hiding under homes and using human shields, we are initiating the evacuation of civilians in Gaza before stepping up attacks. Until now, we’ve tried to use minimal force to lower civilian casualties. That explains how, even though we have hit 1300 targets, the civilian casualty rate is so low,” the source said.
“But in order to improve effectiveness in our operations in northern Gaza and other areas, we will in the coming hours evacuate civilians for their own safety, from places where rocket fire has occurred,” he added.