Actual Good News: If we decide to attack Iran, the Pentagon has a huge bunker buster ready 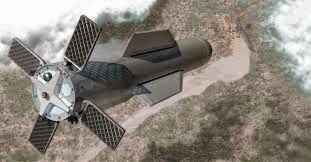 It's not likely Obama would ever have the cojones to use it.

Defense Secretary Ash Carter said Friday the Pentagon had ready a bunker-busting bomb that could destroy Iran’s underground nuclear facility, in case the U.S. ever had to resort to a military option to stop Iran from developing a nuclear weapon.
“We continue to improve it and upgrade over time so that there is this alternative,” Carter said in an exclusive interview with CNN’s “Erin Burnett OutFront,” referring to a weapon called the Massive Ordnance Penetrator.
U.S. and international negotiators have until June 30 to reach a final deal with Iran, which would exchange sanctions relief for limits on Iran’s nuclear program, which they believe is for a nuclear bomb.
Carter said though the Pentagon hopes the talks will successfully conclude, “We don’t know. My job as secretary of Defense is to, among other things, make sure that the so-called military option [is] on the table.”
Carter added that the U.S. has the capability to “shut down, set back and destroy” the Iranian nuclear program.