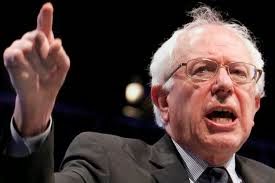 No. It's not Elizabeth Warren.


VPR News has learned from several sources that Independent U.S. Sen. Bernie Sanders will announce his candidacy for the Democratic presidential nomination on Thursday.
Sanders will release a short statement on that day and then hold a major campaign kickoff in Vermont in several weeks.
Sanders’ entry into the Democratic race ensures that Hillary Clinton will face a challenge to win the support of the liberal wing of the party.
Sanders’ basic message will be that the middle class in America has been decimated in the past two decades while wealthy people and corporations have flourished.
His opposition to a proposed Trans-Pacific Partnership trade deal (T.P.P.) shows how he plans to frame this key issue of his campaign.