Study finds 62% of Americans have have saved less than $1,000 for retirement 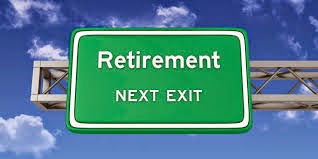 When these people hit retirement, the welfare state will collapse and we will become Greece.


Study after study shows that Americans are not saving for retirement like they should, and a new survey finds that nearly one third of people who have some sort of savings plan have amassed less than $1,000 for retirement.
The survey titled “Preparing for Retirement in America,” by Employee Benefit Research Institute (EBRI) and Greenwald and Associates, finds that only 65 percent of workers have any savings for retirement, a number that fell below the 75 percent figure from 2009.
But 28 percent of workers report that they have saved less than $1,000 for retirement, and almost 6 in 10 Americans say that their financial planning needs improvement.
Additionally, 34 percent say they have made no effort at all to saving anything or make a retirement plan. Still, most say that they intend to start saving at some point.