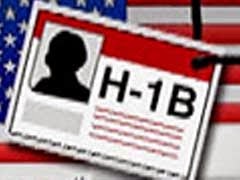 This is shameful. Name, shame and boycott the companies involved. Call your Congressman and Senators.


A popular visa program allegedly is being misused by U.S. companies to lay off thousands of American workers and replace them with foreign labor.
And, adding insult to injury, many of the laid-off workers allegedly have been forced to train their replacements, in what one anonymous whistleblower called a “humiliating” experience.
The allegations have caught the attention of a bipartisan group of senators — including immigration hawk Sen. Jeff Sessions, R-Ala., and the No. 2 Senate Democrat, Illinois’ Dick Durbin — who are calling for a federal probe. A letter sent by 10 senators urging an investigation specifically cited reports of the firing and hiring practices at Southern California Edison, California’s second-largest utility. The incidents are concentrated in the IT field, and involve American workers being replaced by H-1B visa holders.
“A number of U.S. employers, including some large, well-known, publicly-traded corporations, have reportedly laid off thousands of American workers and replaced them with H-1B visa holders,” the senators wrote.
Keep on reading…