Interesting: O’Malley hits Hillary Clinton for being a flip-flopper... 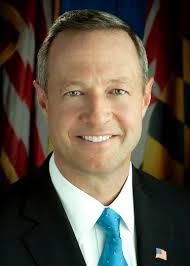 
Former Maryland governor Martin O’Malley had some sharp words Thursday evening for Hillary Clinton, who in the first week of her campaign has taken a more liberal stance on same-sex marriage and immigration.
“I’m glad Secretary Clinton’s come around to the right positions on these issues,” said O’Malley, who will likely challenge Clinton for the Democratic nomination for President. “I believe that we are best as a party when we lead with our principles and not according to the polls.”

“Leadership is about making the right decision, and the best decision before sometimes it becomes entirely popular,” he continued.