Most Americans paid their taxes, but Al Sharpton still owes as much as $4.5 million... 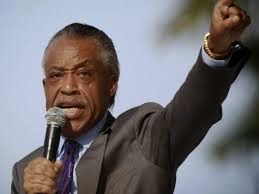 How can Rev. Al be allowed to live a life of luxury when he owes that much in taxes?


Taxpayers across the country scrambled to file their returns this week, and many wrote checks to the government. Yet, when it comes to taxes, there’s one New York “celeb” who seems to be getting a pass from the state: the Rev. Al Sharpton.
From first-class plane tickets to a swanky apartment at the Helmsley Carlton House, it’s clear Al Sharpton has been living a life of luxury — especially for a man who’s built his career on advocacy for the underprivileged.
Yet Sharpton owes as much as $4.5 million in back taxes and penalties.
Dozens of pages of tax warrants and liens show that, at best, Sharpton has been deeply negligent, and at worst, he’s gaming the system. Which raises the question: Why does New York keep letting him get away with it?