NASA scientists: We will find alien life within 20 years... 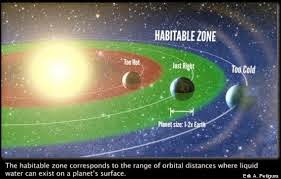 Some people think we have already found alien life, but are keeping it secret.


(LA Times)- Are we alone in the universe? Top NASA scientists say the answer is almost certainly “no.”
"I believe we are going to have strong indications of life beyond Earth in the next decade and definitive evidence in the next 10 to 20 years," Ellen Stofan, chief scientist for NASA, said at a public panel Tuesday in Washington.
"We know where to look, we know how to look, and in most cases we have the technology," she said.
Jeffery Newmark, interim director of heliophysics at the agency put it this way: "It's definitely not an if, it's a when."
However, if visions of alien invasions are dancing in your head, you can let those go.
"We are not talking about little green men," Stofan said. "We are talking about little microbes."