Quinnipiac poll: 54 percent do not believe Hillary Clinton is trustworthy and honest. 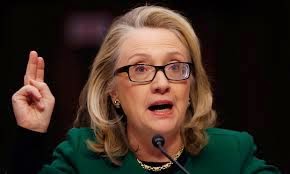 It is hard to imagine how anyone answered yes to that question.


A new Quinnipiac poll reveals a problem for Hillary Clinton in regard to her trustworthiness. The poll showed that 54 percent of respondents said no when asked if Clinton is honest and trustworthy. Only 38 respondents said that Clinton is trustworthy and honest.
U.S. Army veteran Wes Moore said this is a ‘real problem’ for Clinton, in an interview with Morning Joe Thursday.
This poll was conducted before the New York Times article that showed Russians were able to acquire a uranium mine company after several donations to the Clinton Foundation. The article also said Clinton violated an agreement with the White House that agreed that all foreign donations to the Clinton Foundation would be disclosed.
“What good does it do to disclose if somebody’s about to spend $100 million to promote their own interests and to defeat candidates who would stand up against them?” Moore said.