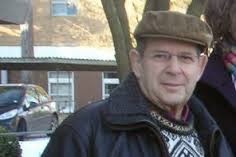 I know families are desperate, but you can't trust terrorists.


The al Qaeda captors of now-slain hostage Warren Weinstein pocketed $250,000 in ransom money from his family in 2012, before reneging on the secret deal, according to a Pakistani intermediary.
The captors even continued to negotiate with the intermediary for weeks after the 73-year-old American aid worker was accidentally killed in a US drone strike in January.
After that strike, the kidnappers spoke of handing Weinstein over to ISIS, never hinting he was dead, according to the intermediary, who spoke directly with the terrorists.
The ransom money — in $100 bills — had been handed over to kidnappers in Peshawar in northwestern Pakistan about a year after his capture.
“The money was delivered, but he [Weinstein] didn’t show up,” the intermediary said.
Keep on reading…