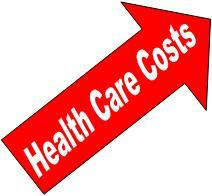 Democrats and President Obama have been pitching health care reform as a long term cost savings. The nonpartisan CBO pulled that rug out from under them today.

Answering questions from Democrat Kent Conrad of North Dakota at a hearing of the Senate Budget Committee today, Elmendorf said CBO does not see health care cost savings in either of the partisan Democratic bills currently in Congress.

Conrad: Dr. Elmendorf, I am going to really put you on the spot because we are in the middle of this health care debate, but it is critically important that we get this right. Everyone has said, virtually everyone, that bending the cost curve over time is critically important and one of the key goals of this entire effort. From what you have seen from the products of the committees that have reported, do you see a successful effort being mounted to bend the long-term cost curve?

Elmendorf: No, Mr. Chairman. In the legislation that has been reported we do not see the sort of fundamental changes that would be necessary to reduce the trajectory of federal health spending by a significant amount. And on the contrary, the legislation significantly expands the federal responsibility for health care costs…

As we wrote in our letter to you and Senator Gregg, the creation of a new subsidy for health insurance, which is a critical part of expanding health insurance coverage in our judgement, would by itself increase the federal responsibility for health care that raises federal spending on health care. It raises the amount of activity that is growing at this unsustainable rate and to offset that there has to be very substantial reductions in other parts of the federal commitment to health care, either on the tax revenue side through changes in the tax exclusion or on the spending side through reforms in Medicare and Medicaid. Certainly reforms of that sort are included in some of the packages, and we are still analyzing the reforms in the House package. Legislation was only released as you know two days ago. But changes we have looked at so far do not represent the fundamental change on the order of magnitude that would be necessary to offset the direct increase in federal health costs from the insurance coverage proposals.