Janeane Garofalo thinks there is no liberal news outlet in America 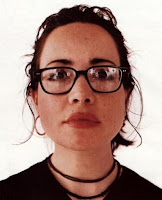 Perhaps she is unfamiliar with the New York Times, NBC, ABC and all the rest of the main stream media with the exception of Fox news.

I've often wondered what the color of the sky is in Janeane Garofalo's world, and after hearing her interview on BBC Radio Saturday, I'm convinced this woman lives on another planet.

After all, in her view: "[T]he media in the States is much more to the right. I mean there is almost no liberal outlet for news commentary or editorializing."

This coming from a woman who used to host a program on the far-left-leaning Air America Radio, and is a frequent guest on Keith Olbermann's "Countdown" as well as Bill Maher's "Real Time."