Lou Dobbs refuses to back down on Obama's birth certificate 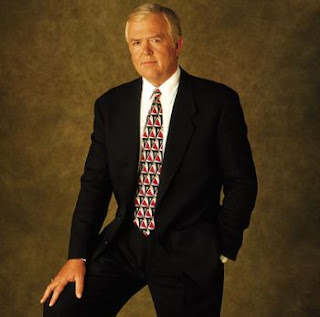 CNN's Lou Dobbs is under fire from the left for suggesting Obama release his original 'vault copy' birth certificate. Dobbs believes Obama is a citizen and doesn't see any reason why President Obama shouldn't release his long form birth record. He is refusing to be intimidated by groups on the left and has reiterated his belief that Obama should release the document.

"The left is trying to silence their opponents and their competitors in the public marketplace of ideas," he said on his radio show. "One issue in which the ethnocentric issue groups have been trying to silence me is on the issue of illegal immigration. Many of those, if you will, have migrated to me here recently because I, even though I said I believe the president is a citizen of the United States, I don't understand why he shouldn't produce a birth certificate. My God, you're talking about the third rail of American journalism, baby! That's it. I'm not going to back off."

If BHO shows his original long form birth certificate, indeed showing he was born in Hawaii, it will also show his father was American citizen, Frank Marshall Davis, not the Kenyan/British citizen, Barack Obama Sr. While that would allow Barack Jr. to be POTUS eligible as BOTH a “citizen”/“native born citizen” AND an Article 2 “natural born citizen” — that is, born to two American citizens on American soil — it would simultaneously show he is a fraud hiding his real father — an unacceptable political debacle.

If, on the other hand, BHO keeps hiding his original long form birth certificate — while simply repeating, without showing, he was born in Hawaii — he can still CLAIM BOTH he was born in Hawaii AND his father was the Kenyan/British Barack Obama Sr. This would enable Barack Jr. to claim he’s a “citizen”/“native born citizen” but it would mean (if a federal court would ever get around to declaring and thus far no one has standing to bring the suit) that he’s NOT an Article 2 “natural born citizen” and thus not eligible to be POTUS — a legal/constitutional debacle since all acts under an illegal POTUS are void.

So it seems, BHO has elected option one until forced to go option two because for now it looks like no federal court will ever find a plaintiff with standing. (Of course, there’s the additional issue of BHO losing American citizen status if/when he became an Indonesian citizen — that is, IF he returned and was naturalized he would be a legal citizen, but would lose both native and natural born status, and, IF he returned and was not naturalized, he would be an illegal immigrant unlawfully in this country — but we’ll leave that for another day.)

Thank you Lou Dobbs for insisting that Obama produce his birth Certificate. I have written to the Supreme Court Justices and they have ignored my letters.

In addition, he should make available his passports, college records and multiple social security cards, which I have seen that number ove 30 numbers with vatiations of his name.

I never thought birth of Obama will become such a big discussion topic. I am following this closely to see where this conspiracy ends. Meanwhile I have collected some good articles and sites related to Barack Obama (more than 200 sites or articles). If you are interested take a look at the below link
http://markthispage.blogspot.com/2009/06/how-do-i-get-information-about-barack.html