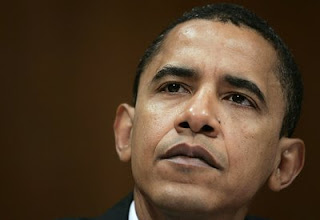 The faltering economy is knocking the President Obama's approval numbers down. If unemployment remains high, Obama may be under 50% by November; based on past Presidential polling history.

Fifty-seven percent of Americans surveyed approve of the job Obama's doing as president, according to a CNN Poll of Polls compiled and released Friday, with 36 percent disapproving. In early June, Obama's average approval rating was 62 percent. It dropped a point to 61 percent by mid-June and stayed at that level through the rest of the month.

"Recent polls indicate that Obama's lowest ratings — and biggest losses — come on the public's perception of how he is handling the economy," says CNN Polling Director Keating Holland. "And the latest CNN/Opinion Research Corporation poll shows a double-digit drop in the number of Americans who think that the President has a clear plan for solving the country's problems. The public may not be as willing to give Obama the benefit of the doubt after six months on the job as they did when he first took office."