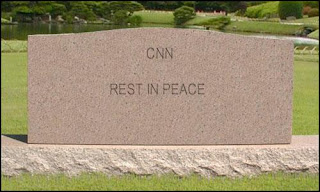 CNN's main hosts have lost half their audience in the last year.

CNN continued what has become a precipitous decline in ratings for its prime-time programs in the first quarter of 2010, with its main hosts losing almost half their viewers in a year.

CNN executives have steadfastly said that they will not change their approach to prime-time programs, which are led by hosts not aligned with any partisan point of view.

They must be referring to that huge nonpartisan Larry King.
Posted by Bluegrass Pundit at 6:16:00 PM