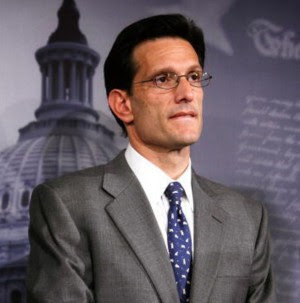 Of course, the Huffington Post failed to identify Norman Leboon as an Obama supporter.

“Norman Leboon, the man now charged with threatening to kill Rep. Eric Cantor (R-Va.) was arrested over the weekend, according to a statement released by the U.S. Attorney in Philadelphia Monday.

Leboon made the threat in a YouTube video in which he leveled a variety of offensive and incendiary statements at Cantor and his family.

“My Congressman Eric Cantor, and you and your cupcake evil wife,”...

The Hill has the scoop on this left-wing extremist.

"We are researching the matter, and any donations made to the DNC or the Obama campaign by Mr. Leboon will be donated to charity," a DNC official said.

Federal Election Commission (FEC) filings show that Leboon had made two, separate donations to then-Sen. Barack Obama's (D-Ill.) presidential campaign. The two donations, made in June of 2008, total $505. These are the only federal contributions on record for Leboon.