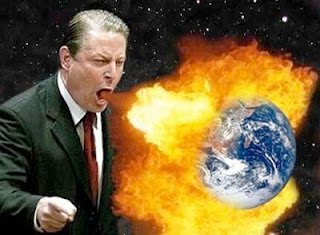 Noted Environmentalist James Lovelock and developer of the Gaia theory thinks democracy is getting in the way of fighting climate change. Also, he thinks Humans are too stupid to prevent climate change. All hail our new supreme leader Al Gore.

Humans are too stupid to prevent climate change from radically impacting on our lives over the coming decades.

This is the stark conclusion of James Lovelock...

"I don't think we're yet evolved to the point where we're clever enough to handle a complex a situation as climate change," said Lovelock in his first in-depth interview since the theft of the UEA emails last November.

"The inertia of humans is so huge that you can't really do anything meaningful."

One of the main obstructions to meaningful action is "modern democracy", he added.