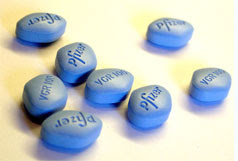 Democrats are using reconciliation to pass completely partisan takeover of American's health care. Reconciliation has never been used for any partisan measure of this scope. It is unprecedented. Senate Republicans can not completely stop this process because they lack the numbers. However, they can make Democrats pay for their arrogance. If the reconciliation bill is changed in any tiny way, it has to go back to the House for another vote. This forces Democrats to vote against any amendment Republicans introduce. So, Republicans will introduce an amendment to ban giving Viagra to convicted child molesters and other sex offenders. Democrats will have to vote to keep the Viagra flowing.

The idea is that by securing even a slight adjustment in the language, the Senate will have to send the bill back to the House of Representatives for reconsideration. Drawing out the process makes it more likely for it to be tripped up.

On Tuesday, the GOP put its strategy into action, with Sen. Tom Coburn (R-Okl.) introducing an amendment beyond agreeable. Titled “No Erectile Dysfunction Drugs To Sex Offenders” it would literally prohibit convicted child molesters, rapists, and sex offenders from getting erectile dysfunction medication from their health care providers.