NASA Shoots Down Their Own Temperature Data 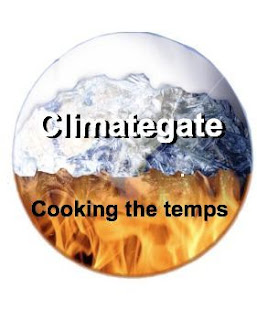 NASA was able to put a man on the moon, but the space agency can't tell you what the temperature was when it did. By its own admission, NASA's temperature records are in even worse shape than the besmirched Climate-gate data.

E-mail messages obtained by a Freedom of Information Act request reveal that NASA concluded that its own climate findings were inferior to those maintained by both the University of East Anglia's Climatic Research Unit (CRU) -- the scandalized source of the leaked Climate-gate e-mails -- and the National Oceanic and Atmospheric Administration's National Climatic Data Center.

"NASA's temperature data is worse than the Climate-gate temperature data. According to NASA," wrote Christopher Horner, a senior fellow at the Competitive Enterprise Institute who uncovered the e-mails. Horner is skeptical of NCDC's data as well, stating plainly: "Three out of the four temperature data sets stink."