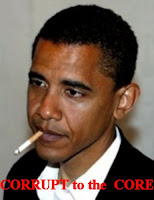 Democrats instructed the CBO to not include the "Doc Fix" cost when they calculated the cost savings of Obamacare because it would have caused the bill to be calculated as increasing the deficit. They even put out a memo urging Democrats to not talk about the "Doc Fix" cost. Medicare reimbursements are scheduled to be cut 21% at the first of April. Now that Obamacare has passed, the Centers for Medicare and Medicaid Services has decided to not implement this cut in anticipation Congress will pass a bill restoring this money. Republicans should use every avenue to block this payoff.

Doctors slated to have their Medicare reimbursements cut 21 percent on April 1....

I still think there has to be more to it. I wonder of the AMA decision-makers got more direct payoffs. Otherwise this makes little sense.

And releasing millions of acres of land for off shore drilling off the coast of Virginia was a payoff too.

The disgusting way this man is running the Country gets more and more disturbing every day.

The government threatens this cut every year, but they will never go through with it. Every week more doctors and hospitals stop treating Medicare/Medical patients because it actually COSTS them money to treat these people when you consider the high overhead per patient and the pittance of reimbursement the government gives. If they actually made this cut, nobody would accept these patients and then the government would really look bad, which is risk they won't take. If they did, they would have to force doctors to participate in Medicare/Medicaid at which point you can kiss great numbers of doctors and potential doctors goodbye.
It'd be informative if this cut went through and the public could openly witness government destroying healthcare, but the elderly would severely suffer under a move like that.

Most physicians do not take medicaid at all, and the number dropping medicare is increasing daily. Even if they force us to take medicare and medicaid with further reduced reimbursements, they certainly cannot control our schedule. In other words, instead of performing elective operations the following week, one can always choose to schedule them 4 months from now, and slow down care to government funded programs to a screeching halt. There are numerous, major life saving operations that medicaid currently pays a few hundred bucks for.. the cost of a good meal for 2... while malpractice to insure those operations continues to skyrocket. Its a losing proposition for doctors. This practice continues to line deep pockets of malpractice attorneys, who are flying around in private jets. On a good note, this is the first time I've seen physicians of all specialities get upset enough, to retaliate. American Medical Association, is no longer considered a credible organization, but rather a corrupt one comparable to ACORN. I for one already perform fewer and fewer medicare operations, and none covered by medicaid. Its a matter of months before i stop taking medicare completely... and i am not alone.