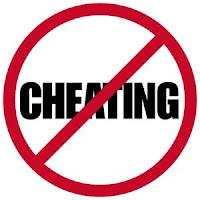 Basically, reconciliation bills can not affect Social Security. The House bill creates $29 billion in additional FICA contributions. Democratic Senators are refusing to meet with the Senate Parliamentarian to discuss this until after the House vote. Geez. It's time for Republicans to shut the Senate down until 2011.

WASHINGTON DC – Senate Democrats have balked at a bi-partisan meeting with the Senate Parliamentarian to discuss a rule violation that could doom the entire House reconciliation proposal.

DON STEWART, McCONNELL SPOKESMAN: “Republicans have been trying to set up a meeting with Senate Democrats since yesterday to discuss this fatal point of order but have been met with nothing but silence. We suspect Democrats are slow walking us so as to have the House vote first. Since Senate Democrats refuse to meet with us and the Parliamentarian, we’ve informed our colleagues in the House that we believe the bill they’re now considering violates the clear language of Section 310g of the Congressional Budget Act, and the entire reconciliation bill is subject to a point of order and rejection in the Senate should it pass the House.”

CONGRESSIONAL BUDGET ACT: “LIMITATION ON CHANGES TO THE SOCIAL SECURITY ACT.—Notwithstanding any other provision of law, it shall not be in order in the Senate or the House of Representatives to consider any reconciliation bill or reconciliation resolution reported pursuant to a concurrent resolution on the budget agreed to under section 301 or 304, or a joint resolution pursuant to section 258C of the Balanced Budget and Emergency Deficit Control Act of 1985, or any amendment thereto or conference report thereon, that contains recommendations with respect to the old-age, survivors, and disability insurance program established under title II of the Social Security Act.” (Congressional Budget Act Of 1974, Sec. 310g, P. 31)