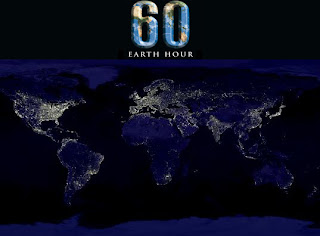 Al Gore just can't win anymore. Is he on suicide watch yet?

Earth Hour, organised by the World Wildlife Fund (WWF), will see millions of people switch off their lights for an hour this weekend.

But the fall in electricity use for such a short period is unlikely to result in less energy being pumped into the grid, and will therefore not reduce emissions.

Even if power stations are turned off, the upsurge in turning the lights back on one hour later will require power stations that can fire up quickly like oil and coal.

Energy experts said it could therefore result in an increase in carbon emissions "rendering all good intentions useless at a flick of a switch".

My family will do our part for "Earth Hour"...we intend to fire up every light and appliance in the house!