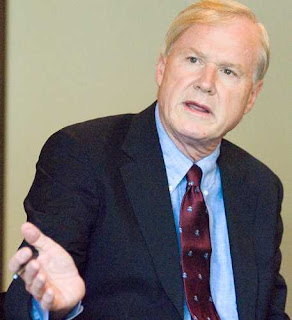 The wide-ranging discussion included historians Harold Holzer and Michael Beschloss. Matthews wandered off the main topic of Lincoln and Kennedy. In a discussion of money and politics, he insisted that some liberals really don’t want their taxes raised.

Matthews noted an Obama fund-raising trip out to Los Angeles. “The Hollywood people all support him.” He added that Obama is basically saying, “I’m going to run as a populist” and raise taxes. “It’s a masquerade. Liberals don’t want to pay more,” Matthews spewed.