Obama campaigns on bailing out Detroit, but 55% of Americans think it was a bad idea 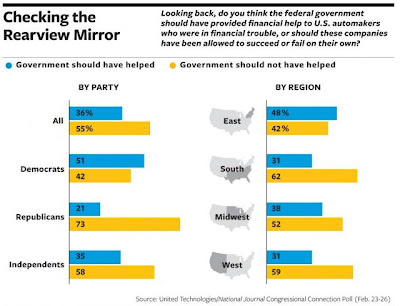 The term bailout is still toxic.


A majority of Americans think the federal government should not have helped out U.S. automakers that were in financial trouble, but rather should have allowed them to go it alone, according to a new United Technologies/National Journal Congressional Connection Poll.