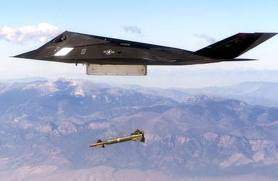 Load up the bunker busters...


VIENNA (AP) –  The U.N. nuclear agency on Wednesday acknowledged its renewed failure in trying to probe suspicions that Tehran has worked secretly on atomic arms, in a statement issued shortly after an Iranian general warned of a pre-emptive strike against any nation that threatens Iran.

The double signs of defiance reflected continued Iranian determination not to bow to demands that it defuse suspicions about its nuclear activities despite rapidly growing international sanctions imposed over its refusal to signal it is ready to compromise.

With the International Atomic Energy Agency already failing to dent Iranian stonewalling in talks that ended just three weeks ago, hopes had been muted that the latest effort would be any more successful even before the IAEA issued its statement.

The fact that the communique was issued early Wednesday, shortly after midnight and just after the IAEA experts left Tehran, reflected the urgency the agency attached to telling its side of the story.