Surveillance Drone shot down: In U.S. 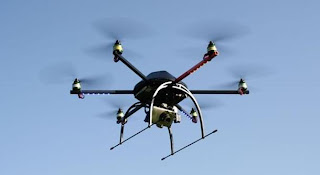 A Surveillance Drone was reportedly shot down Sunday. The strange part was it wasn't in iran or Afghanistan. An animal rights group claims their Mikrokopter drone was shot down in South Carolina Sunday.


A remote-controlled aircraft owned by an animal rights group was reportedly shot down near Broxton Bridge Plantation Sunday near Ehrhardt, S.C.

Steve Hindi, president of SHARK (SHowing Animals Respect and Kindness), said his group was preparing to launch its Mikrokopter drone to video what he called a live pigeon shoot on Sunday when law enforcement officers and an attorney claiming to represent the privately-owned plantation near Ehrhardt tried to stop the aircraft from flying.

"It didn't work; what SHARK was doing was perfectly legal," Hindi said in a news release. "Once they knew nothing was going to stop us, the shooting stopped and the cars lined up to leave."

He said the animal rights group decided to send the drone up anyway.

"Seconds after it hit the air, numerous shots rang out," Hindi said in the release. "As an act of revenge for us shutting down the pigeon slaughter, they had shot down our copter."

Email ThisBlogThis!Share to TwitterShare to FacebookShare to Pinterest
Labels: Drone, shot down, U.S.