New Poll: A 51% majority say Obama is too liberal 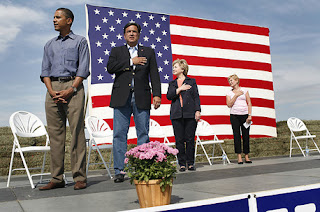 50% rate Obama's presidency as a failure.


Americans are more likely to say his presidency has been a failure than a success, 50%-44%. His favorable rating is 50%, higher than the GOP presidential contenders but lower than every nominee in the past five presidential contests at this point except Republican Bob Dole, who lost in 1996.

A 51% majority say Obama is too liberal, and Americans are inclined to say they disagree with him on the issues that matter most to them. On the positive side, 58% say he has the personality and leadership qualities a president should have.