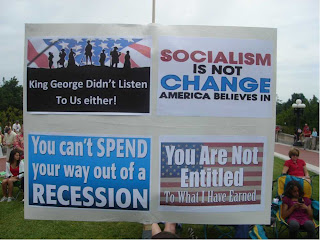 The House of Representatives should launch an investigation of this alleged harassment of the Tea Party at the behest of 6 big name democratic Senators. This is wrong and possibly illegal.


What are local Tea Partiers to think with requests like “Please identify your volunteers” or “are there board members or officers who have run or will run for office (including relatives)”? What possible reason would the IRS have for Tea Parties to “name your donors” when said donations are non-deductible? These are just a few of the questions asked by the IRS in these letters, and one cannot help but suspect an intrinsic threat encompassing all these demands.

The other question is the timing of these IRS letters requesting reams of copies and hundreds of hours of work and potentially thousands of dollars in accounting/legal fees (all due in two weeks). Some of these Tea Party groups have not received anything concerning their nonprofit status since 2010 prior to these letters.

These documents are further undermined by a letter sent to the IRS Commissioner Shulman. Signed by six Senators, it requests that the commissioner investigate 501(c)(4) groups to determine whether they are engaging in substantial campaign activity, including opposition to any candidate. Who signed this letter? Senators Schumer, Franken, Udall, Shaheen, Whitehouse, Merkley and Bennet — all Democrats.

Could it be that these Senators want the IRS to investigate the nonprofit status of Media Matters and its coordinated political activity with the White House? Or perhaps they are concerned with nonprofit ACORN groups’ record of voter fraud, and other previous campaign abuses including alleged close ties with President Obama’s Project Vote?  No, when these Senators sent this letter to the IRS commissioner, the message would be very clear. The 501(c)(4) groups they want investigated are not those with Democratic liberal ties.