Obama doesn't have “silver bullet” for high gas prices, but he does like algae 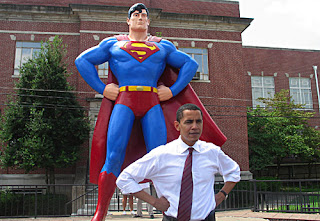 Algae? Really? How about drilling for more oil and building a pipeline to bring in Canadian oil. We don't need a new miracle technology for those.


President Obama admitted today that he does not have a “silver bullet” solution for skyrocketing gas prices, but he proposed alternative energy sources such as “a plant-like substance, algae” as a way of cutting dependence on oil by 17 percent.

“We’re making new investments in the development of gasoline, diesel, and jet fuel that’s actually made from a plant-like substance, algae — you’ve got a bunch of algae out here,” Obama said at the University of Miami today. “If we can figure out how to make energy out of that, we’ll be doing alright. Believe it or not, we could replace up to 17 percent of the oil we import for transportation with this fuel that we can grow right here in America.”

The Department of Energy (DOE) currently spends about $85 million on 30 research projects “to develop algal biofuels,” according to the White House, which announced that Obama is committing another $14 million to the idea.