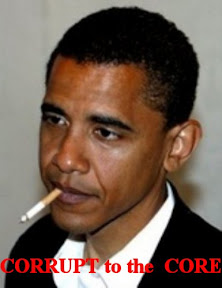 From the corruption Capitol of America comes the most corrupt administration in the history of America...


[...] Instead, Chicago is the corruption capital of America, and Illinois is the third most-corrupt state, according to a new academic study on the science of sleaze.

"Unfortunately, when it comes to political corruption, we're numero uno," Dick Simpson, head of the political science department at the University of Illinois at Chicago and co-author of the report, told me Wednesday. "It's not something we should be proud of. But this is the corruption capital."

The symptoms are obvious to those with eyes to see. Voter registration in the city is at a record low. Chicago voters have had their brains beaten in by a succession of tyrants and they're beyond numb. And many, sick of the corruption and its cost, have left. They leave the city, they leave the state.

The political bosses make sure the voter turnout stays low in primaries. When they need higher turnouts, the cry sounds over race or gender and the tribes respond as they've been trained to respond over the generations. It's always about control. [...] Keep on reading...