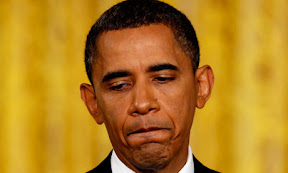 
If President Obama plans on running against a do-nothing Congress in 2012, he might want to reconsider his competition.

Congressional Republicans edged out Obama with 46 percent of respondents saying they are confident that GOP legislators can solve the country’s budget woes while only 44 percent reported they were banking on Obama.

While he waits for a GOP nominee, Obama has carved out his re-election campaign path against a do-nothing Congress, but 61 percent of those polled said they blame Obama for the economy’s slow recovery while only 21 percent hold Congress responsible.