Deranged: Current TV's Bill Press says controversial film maker "guilty as the terrorists who carried out those attacks against our embassy in Libya" 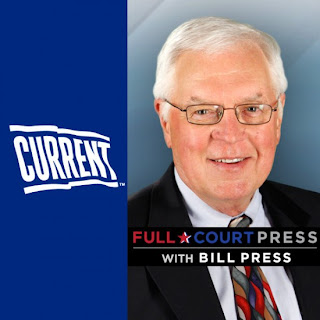 What happened to the days when liberals supported free speech?

“Now here’s the question though and the question that I ask you and it’s not an easy one, I understand that. What, if anything, should happen to the people who made this video? I gotta tell you, I think they are as guilty, that’s my opinion, I think they are as guilty as the terrorists who carried out those attacks against our embassy in Libya. Look, we don’t know everybody who was involved, but we’ve seen, I’ve seen some of them on television. This is a group of extremist, Muslim-hating, so-called Christians in southern California who are using their religion to stir up hatred against Islam. They’re basing this on their Christian beliefs. They are, I believe, every bit as guilty as al Qaeda members who, think about it, who use the Koran and abuse their religion to stir up hatred against the United States. These so-called Christians, anybody who uses religion to stir up hate, is not a true believer. And certainly Christians who do so are not true Christians.