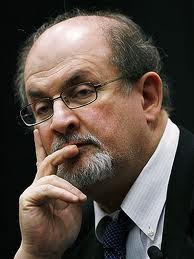 Iran has upped the reward for killing Salman Rushdie to $3.3 million from $2.8 million.

TEHRAN, Iran (AP) — Iranian newspapers are reporting that a religious foundation has increased a reward for killing British author Salman Rushdie to $3.3 million from $2.8 million in response to alleged insults to the Prophet Muhammad.

The Sunday reports in the hardline Jomhoori Eslami daily and other newspapers appeared to be a reference to an anti-Islam film that sparked a series of protests across the Muslim world.
The report said that the 15 Khordad Foundation will pay the prize to whoever acts on the 1989 death fatwa issued by Iran’s late leader Ayatollah Ruhollah Khomeini against the author of the novel “The Satanic Verses,” calling his book blasphemous.