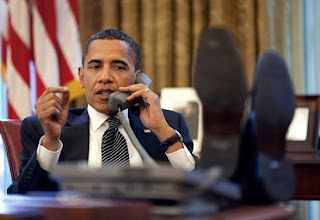 If unemployment is up, median income is down and a record number of people are on food stamps, is this really a recovery?


Americans must be wondering how much more of this “recovery” they can afford.  New figures from the Census Bureau’s Current Population Survey, compiled by Sentier Research, show that the typical American household’s real (inflation-adjusted) income has actually dropped 5.7 percent during the Obama “recovery.”  Using constant 2012 dollars (to adjust for inflation), the median annual income of American households was $53,718 as of June 2009, the last month of the recession.  Now, after 38 months of this “recovery,” it has fallen to $50,678 — a drop of $3,040 per household.