If all the people who dropped out of the labor market returned, unemployment would be 11.2% 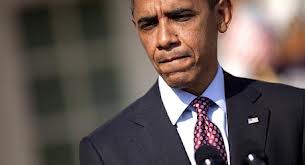 During the Obama years, the popular thing seems to be giving up all hope of finding work and taking early retirement, getting declared disabled or moving back in with the parents.  Where is the "Yes we can!"

He writes, “If the labor force participation rate was the same as when Obama took office in January 2009, the unemployment rate would be 11.2%.”

Had the participation rate remained the same as the previous month, Pethokoukis points out, “the unemployment rate would be 8.4 percent” — higher than the 8.1 percent in the August report.

Those who have returned to work amidst the meager recovery are often only finding jobs that are part-time and pay less than what they formerly earned.

“The broader U-6 unemployment rate, which includes part-time workers who want full-time work, is at 14.7 percent.”