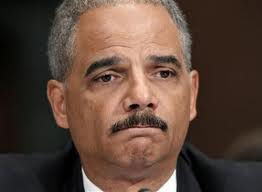 A role model for what? How to stonewall Congress and fail to enforce illegal immigration laws? Holder was held in contempt of Congress this year.

According to the event’s brochure, Mr. Holder’s award “is presented to an individual whose work and accomplishments stand as a role model for the African-American community and the African Diaspora.”