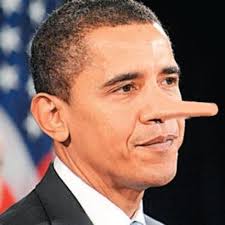 President Obama claimed he would never raise taxes on the middle class. He is a liar.


WASHINGTON (AP) — Nearly 6 million Americans — most of them in the middle class — will face a tax penalty for not carrying medical coverage once President Barack Obama's health care overhaul law is fully in place, congressional budget analysts said Wednesday.

The new estimate amounts to an inconvenient fact for the administration, a reminder of what critics see as broken promises.

The numbers from the nonpartisan Congressional Budget Office are significantly higher than a previous projection by the same office in 2010, shortly after the law passed.
The earlier estimate found 4 million people would be affected in 2016, when the penalty is fully in effect. The difference — 2 million people— represents a 50 percent increase.