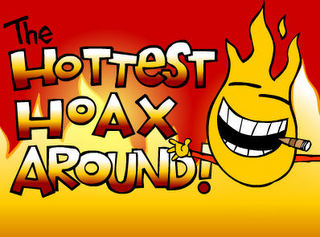 Al Gore will mount his trusty unicorn and save the planet...


LONDON (Reuters) —More than 100 million people will die and global economic growth will be cut by 3.2 per cent of gross domestic product by 2030 if the world fails to tackle climate change, a report commissioned by 20 governments said on Wednesday.
As global average temperatures rise due to greenhouse gas emissions, the effects on the planet, such as melting ice caps, extreme weather, drought and rising sea levels, will threaten populations and livelihoods, said the report conducted by humanitarian organization DARA.

It calculated that five million deaths occur each year from air pollution, hunger and disease as a result of climate change and carbon-intensive economies, and that toll would likely rise to six million a year by 2030 if current patterns of fossil fuel use continue.

“A combined climate-carbon crisis is estimated to claim 100 million lives between now and the end of the next decade,” the report said.

Dunno. Before he ever gets to take his unicorn ride, he first faces what might be an epic backfire in his efforts to steer the upcoming Oct 3 presidential debate: "Gore's Climate Reality Project begs Debate Moderator Jim Lehrer: Ask Romney and Obama about Climate Change" http://junkscience.com/2012/09/13/gores-climate-reality-project-begs-debate-moderator-jim-lehrer-ask-romney-and-obama-about-climate-change/

If that event goes south on him, he'll have to face even tougher questions: "Smearing Skeptic Scientists: What did Gore know and when did he know it?" http://www.climatedepot.com/a/11168/Climate-Depot-Exclusive-Smearing-Skeptic-Scientists-What-did-Gore-know-and-when-did-he-know-it