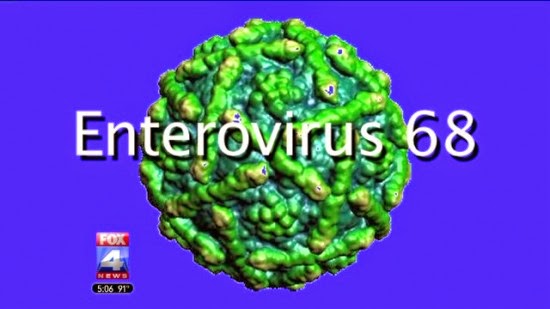 This disease has never been seen in Kansas City before.  Kansas City welcomed illegal minors who have come across the border this year. .


An unusual respiratory virus is striking children in the metro in big numbers. Children’s Mercy Hospital is hospitalizing 20 to 30 kids a day with the virus. The hospital is as full now as it is at the height of flu season.
This is not the same virus we told you about several weeks ago that can cause meningitis. This one can cause severe breathing trouble. Children’s Mercy has seen more than 300 cases in recent days in kids of all ages.
Preston Sheldon’s mom says he seemed fine when she took him to pre-school Tuesday. But minutes later, the Grain Valley mom got the call. Her three-year-old son was having trouble breathing.
“You could see his ribs, and his stomach was pushing out really hard… I thought it was an asthma attack,” said Pam Sheldon.
But it was a virus that is inundating Children’s Mercy with patients.
“To be at winter census is quite unusual in August obviously. To see a virus we’ve not seen before is unusual, too,” said Dr. Mary Anne Jackson, an infectious disease specialist.
It is enterovirus 68. The doctor says it’s well-known around the world, but cases have not been seen in Kansas City before.

Keep on reading
Posted by Bluegrass Pundit at 9:23:00 AM