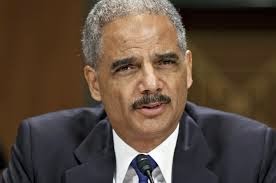 Don't they have enough problems already?


WASHINGTON (AP) — President Barack Obama is sending Attorney General Eric Holder to Ferguson, Missouri, to meet with federal law enforcement authorities investigating the police shooting of an unarmed teenager.
Obama says Holder will travel to the St. Louis suburb on Wednesday.
Holder recently authorized a federal autopsy on the body of Michael Brown, the unarmed 18-year-old who was fatally shot on Aug. 9. Brown was black; the officer who shot him was white.