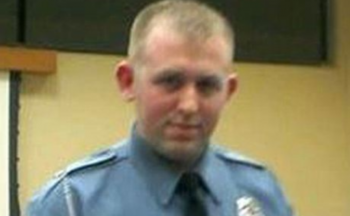 This doesn't mean Officer Darren Wilson is a racist, but racial strife between the police and black residents is not new to him. The Ferguson police department he applied to, and was hired at, is 94% white while the community is two-thirds black. Based on his previous experience in Jennings, I would have thought he would have wanted to avoid a repeat and went to a more racially balanced police department.


FERGUSON, Mo. — The small city of Jennings, Mo., had a police department so troubled, and with so much tension between white officers and black residents, that the city council finally decided to disband it. Everyone in the Jennings police department was fired. New officers were brought in to create a credible department from scratch.
That was three years ago. One of the officers who worked in that department, and lost his job along with everyone else, was a young man named Darren Wilson.
Some of the Jennings officers reapplied for their jobs, but Wilson got a job in the police department in the nearby city of Ferguson.

So basically he was fired because he was white??

"So basically he was fired because he was white??"

The entire PD was fired. If they are all white, you might make that claim. I don't know the answer.

Officer Darren Wilson is a 6 year veteran of the Fergeson Police dept. Someones 'facts' are wrong.

If you don't have the complete story about the Jenning, MO Police Department shouldn't you keep digging?