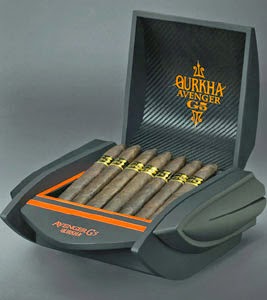 I could comment about what other things Bill might be doing with his overpriced cigars, but I am going to restrain myself. .


Bill Clinton enjoys a Gurkha cigar, "the Rolls Royce of the cigar industry." He "loves the Gurkhas," Gurkha chief executive officer Kaizad Hansotia, maker of the HMR cigar, which stands for His Majesty's Reserve. It is, according to Hansotia, "the world's most expensive cigar."
One box is $25,000 -- and the price will rise next year to $30,000. "The cigars are close to $1,000 each," says the cigar boss to Bloomberg.