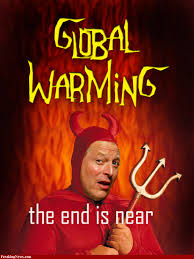 It becoming obvious Obama has give up hope of having Harry Reid as senate Majority Leader during his last two years in office. He appears to be moving ahead with highly contentious executive actions on immigration and global warming. That bump you felt is vulnerable democrats going under the bus. Who knew when global warming shysters told us the end is near they were talking about Democratic Senators form red and purple states.

The administration is in talks at the United Nations about a deal that would seek to reduce global greenhouse gas emissions by “naming and shaming” governments that fail to take significant action.

The State Department on Wednesday denied a report in The New York Times that the plan is to come up with a treaty that would not require Senate confirmation, but that appeared to provide cold comfort to Democrats worried the issue will revive GOP cries about an imperial Obama presidency.

One Democratic strategist said the proposal would put swing-state candidates who are critical to the party keeping its Senate majority “in front of the firing squad.”

“You're ... making it more difficult for them to win and certainty putting them in a position to lose,” the strategist said.


Several vulnerable Senate Democrats kept mum on the issue.
Sens. Mark Begich (Alaska) and Mark Udall (Colo.), along with a handful of House Democrats, either declined to comment or didn’t respond to interview requests.
Senate Energy Committee Chairwoman Mary Landrieu (La.) cautiously signaled support for the oil and gas industry that is important to her state, without commenting on the plan to sidestep the Senate.