Report: Clandestine air strikes in Libya are a joint effort of Egypt and UAE 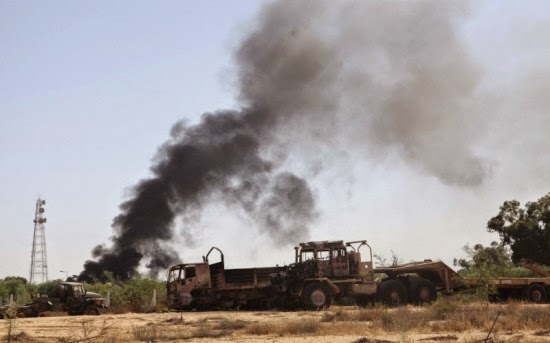 It doesn't appear they trusted Obama enough to let him in on it.


CAIRO — Twice in the last seven days, Egypt and the United Arab Emirates have secretly teamed up to launch airstrikes against Islamist-allied militias battling for control of Tripoli, Libya, four senior American officials said, in a major escalation between the supporters and opponents over political Islam.
The United States, the officials said, was caught by surprise: Egypt and the Emirates, both close allies and military partners, acted without informing Washington or seeking its consent, leaving the Obama administration on the sidelines. Egyptian officials explicitly denied the operation to American diplomats, the officials said.
The strikes are another high-risk and destabilizing salvo unleashed in a struggle for power that has broken out across the region in the aftermath of the Arab Spring revolts, pitting old-line Arab autocrats against Islamists.
Keep on reading…