Death Ray: Test of Nevada solar plant fries over 100 birds in an hour... 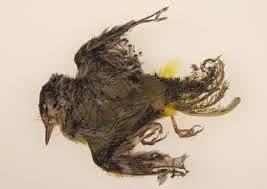 Where is PETA when you need them?


A test of a solar power tower project in Nevada resulted in injuries to over one hundred birds, the federal government is reporting, though the project's owners say they've fixed the problem.
On January 14, during tests of the 110-megawatt Crescent Dunes Solar Energy Project near Tonopah, Nevada, biologists observed 130 birds entering an area of concentrated solar energy and catching fire. That's according to Rudy Evenson, Deputy Chief of Communications for Nevada Bureau of Land Management in Reno.
Evenson suggested that the birds may have been attracted by a glow the concentrated solar energy created above the project's sole tower.