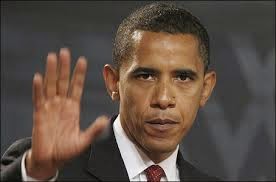 The Keystone XL Pipeline will create jobs for Americans and goodwill with our neighbors the Canadians. Apparently, Obama prefers to keep on buying oil from his Arab buddies. The claim this bill would "circumvent" the existing process for reviewing the pipeline is ridiculous. The Keystone XL extension was proposed in 2008. That was seven years ago. How long do you need to study something? The answer is apparently, forever if you oppose it politically.


President Obama on Tuesday followed through on his vow to veto bipartisan-backed legislation authorizing the Keystone XL pipeline, marking his first veto of the Republican-led Congress and only the third of his presidency.
The president, in a brief statement, claimed the bill would "circumvent" the existing process for reviewing the pipeline, which would extend from Canada to Texas.
"The Presidential power to veto legislation is one I take seriously," Obama said. "But I also take seriously my responsibility to the American people. And because this act of Congress conflicts with established executive branch procedures and cuts short thorough consideration of issues that could bear on our national interest -- including our security, safety, and environment -- it has earned my veto."