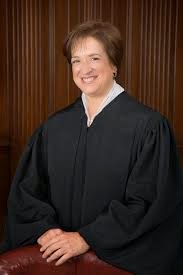 Geisel was a liberal Democrat and a supporter of President Franklin D. Roosevelt and the New Deal.


When the Supreme Court announced its decision Wednesday on whether a fisherman should be charged under Wall Street regulatory laws, Justice Elena Kagan decided to include an unusual judicial argument: Dr. Seuss.

In 2007 in Florida, law enforcement officials confronted fisherman John Yates, saying he had caught several red groupers that were too small. Mr. Yates then tossed the fish overboard. But he was charged under the Sarbanes-Oxley Act, which sought to punish the destruction of physical evidence in wake of the Enron scandal where accountants shredded thousands of documents.
In a 5-4 decision announced Wednesday, the Supreme Court ruled that the law was meant to apply only to records or information documents.