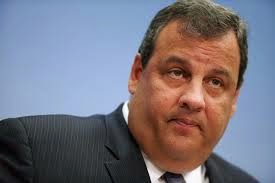 I once had high hopes for Chris Christie. After he hugged Obama during hurricane sandy, I quickly lost interest. Also, he has failed reign in New Jersey's high taxes or restrictive gun laws. If Republicans want a GOPe candidate, Jeb is a better choice. If they want a conservative-leaning candidate, Gov. Scott Walker actually crippled public employee unions in Wisconsin. Christie mostly just runs his mouth.


Last night the Observer reported on the surprising muscle Gov. Scott Walker had shown in assembling four different New York City events. Those included two meet-and-greets with high-powered Republican influencers—Rudy Giuliani’s remarks at the first ensured that everyone in the country would know that Mr. Walker was in town—and two traditional fundraisers.
The Observer has learned that last night’s fundraiser was attended by at least four prominent New Jersey donors, further calling into question the hold New Jersey Gov. Chris Christie can exert over his home state contributors.
Mason Simpson, an attorney from Holmdel who practices law at Brown Rudnick, attended the event and describes himself as an enthusiastic convert. In an interview with the Observer, Mr. Simpson said, “I was extremely impressed. I went there undecided and not very excited. I left with a very positive impression and will be supporting him.” Mr. Simpson, who has been active in support of Republican candidates including Senator Thom Tillis, said that he had decided against supporting Jeb Bush because “by virtue of his last name, he cannot beat Hillary Clinton. That disqualifies him.”
As for Mr. Christie, Mr. Simpson said, “I thought Christie did a great job in his first year and that was the last time he had any success. He hasn’t accomplished anything since his first year and seems to have been running for president the whole time. I had really high hopes for Christie but he petered out and became a big disappointment. My property taxes are still outrageous.” Keep on reading...